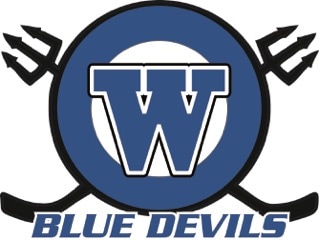 Register
​The higher prices for paying with a credit card above reflect service fees charged to us by third party service providers. To receive the cash discount price, please do not click ‘REGISTER’ and instead just write a check payable to Westfield Hockey Club and mail (or drop off) to John McDevitt (631 Summit Avenue, Westfield NJ, 07090)
We will have a total of 14 sessions:  9 Mondays and 5 Thursdays.

All Thursdays will be at Rock Ice Center in Dunellen from 7:00-8:30pm

Clinic Format:  All sessions will be 90 minutes long.  This will allow for a solid workout, including drills and scrimmaging.

Coaching:  We are very excited about our two returning coaches, Woody Kapp and Cameron Marino.  Detailed profiles for each are below.

Insurance:
Players will be required to pay an additional $26 membership fee directly to a third party.
This will provide additional insurance coverage to WHC and clinic participants.
Further details will be communicated at a later date to those who enroll.

Cameron MarinoMy name is Cameron Marino. I began skating when I was three years old and from there, I played boys hockey until I was 14. I then switched to playing girls ice hockey with the New Jersey Colonials. I played with the Colonials from 14U until 19U and played tier 1 hockey. During my U16 and U19, I was recruited to play by a handful of Division 3 schools. I decided not to continue my career in hockey, but to instead pursue my passion as an artist. I have since begun playing club hockey at Montclair State University. I have been coaching children ages 4-12 since I was 14 on weekends with guidance from former NHL player and NWHL coach, Randy Velischek. Today I coach every Saturday morning at Learn-to-Skate and Mini Mites. I have also recently begun assistant coaching for an all girls skating specific clinic at Twin Oaks Ice Rink. Additionally, I teach private lessons at Twin Oaks Ice rink.